I've said it before and I'm saying it again, I LOVE my TOMS shoes! Not only are they the most comfortable shoes I've ever owned, the brand is all about making a difference in the world. For each pair you buy, TOMS gives a pair to a child in need.
The business model is very admirable and the founder of TOMS has said that he hopes more companies will follow in their footsteps.
And some companies have. Some more than others.
Last weekend I was in Birmingham for a university reunion. As I passed by a shoe store, I saw that they sold TOMS. Curious to know how much they are in England, I went in to have a closer look. But to my surprise, they were not TOMS, but BOBS! Not only were they not TOMS, they were more expensive than TOMS!
I was outraged! Did BOBS have the same social conscious as TOMS? Why were people buying a "copy" when the real deal is cheaper to begin with? There had to be an explanation! And of course there was!
Apparently, BOBS are produced by Sketchers. And just like TOMS, Sketchers donates a pair for each pair sold. So far so good. In the end of the day, children in need don't care if they wear TOMS or BOBS. However, the fact that BOBS is an EXACT design copy of TOMS, infuriates me! BOBS copied everything, down to the name, logo and placement of labels. A big company like Sketchers surely can afford to design their own shoe! But instead of creating a design that could add to the "one for one" market, they are trying to steal TOMS customers! Is that really something a company should do if they are trying to position themselves as "socially aware"?
In conclusion, I urge you to buy TOMS. Not only because they did a great job at designing an appealing shoe, but because it's important that they are encouraged to continue their good work. Nowadays, TOMS also sell sunglasses and apparel and everything they sell are matched with equal donations. Sketchers is a huge company, with hundreds of shoe models. But only one shoe model is matched with donations and they still couldn't even be bothered to dedicate time and money to design their own product. Shame on you!
Posted by Jennifer at 7:14 AM 4 comments

I'm happy to report back from my Portrait and Figure Drawing class. I've now completed the class and I have about 18 hours of drawing under my belt. It's been fantastic! Not necessarily my drawings, but the experience was great!
Before this class, the last time I drew was in Junior High. And back then it was not so much about the drawing as it was about having a fun class that didn't require homework. But this time around, it was all about the drawing. I still have a lot to learn, but now I know that drawing is something one can learn. And I plan to sign up for the fall classes so that I can continue to learn.
I leave you with a few drawings of mine I've produced over the last few months: 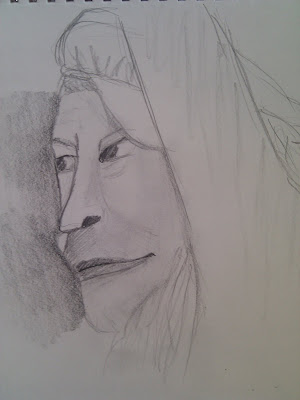 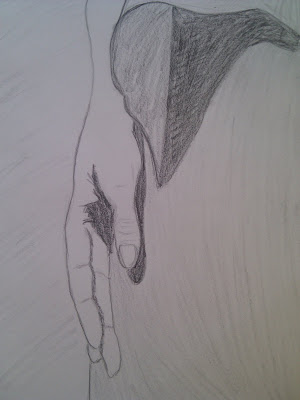 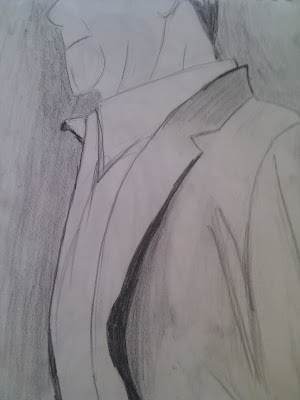 Posted by Jennifer at 4:12 PM 0 comments

Gaming is for men!

... And women are missing out!
I was at Fry's Electronics store today. A random stranger stopped me and said: "Wow, you look happy. You must be having a great day!"
He was right! In my hand I was holding "Infamous 2". I've been looking forward to the release of this game like a child waits for Christmas. It's a Playstation 3 (PS3) game and if it's anything like it's predecessor, I know I'm in for many hours of pure joy. I played the last game so much that I ended up collecting 97% of the trophies (if you don't game, ignore my last sentence).
Gaming... I can recall reading multiple articles in different magazines dealing with the problems of gaming. Ignoring the obvious problem of children gaming rather than doing homework, many of the problems around gaming seem to be between women and men, specifically it seems to be women having trouble with men's gaming.
Ladies, if you can't beat them, join them! Do you really think men and women are soooo different that something enjoyed by millions of men can't be fun for women? It's time to get with the program!
I'm here to encourage women to give gaming a try. If you don't know where to start, here is my "how to guide". You don't need to have any previous experience. I surely didn't. Even though I grew up in the "Super Mario" generation, I never played a consol game until 2007.
If you have the possibility, you can do as I did and start off easy with a hand held Nintendo DS. Nintendo Wii is also a good way to start. Most people find the Nintendo Wii less intimidating than the Xbox and the PS3. However, I'm not suggesting you to buy three gaming devices. You can go straight to the Xbox or the PS3.
My consol of choice is the PS3. A good introductory game is "Little Big Planet 1 & 2". It's a platform game, so you might recognize the format from Super Mario. Just the cuteness of the game makes you wanna play and keep playing. Don't get me wrong, the cuteness is just a cover for a great, and sometimes very challenging, game. Sackboy rule!
The next game might be something driven by a good story. "Heavy Rain" would be a great pick. It's best describes as playing, watching and directing a detective's story. It's well made, the plot is interesting and the character's have a real sense of personality. You will wanna know how it all ends!
From there you might want to venture into some of my all time favorite games. Still driven by an interesting story and interesting characters, games like Uncharted, Grand Theft Auto and Infamous are high-action games and if you're anything like me, you'll soon fall in love with the adrenaline kicks of shooting, fighting, running and stealing cars.
When you've come this far, you might be satisfied with staying within one of the genres you have already played. God knows there are plenty of games within each genre to keep you busy for a loooooong time. However, I strongly encourage you to try a First Person Shooter (FPS) game, especially one in the Call of Duty (COD) franchise or one of the Battlefield games. If you've played and enjoyed one of the action games I mentioned earlier, I know you will be loving to shoot stuff, and when it comes to shooting, nothing beats a good FPS. The story and characters are no longer particularly important, it's all about the gameplay. However, if you still like a bit of humour and enjoy characters with a little personality, I would recommend one of the "Battlefield: Bad Company" games.
If you've made your way through these steps, the intimidation of gaming should be completely gone. Hopefully you've found a new hobby along the way. Obviously you don't need to pay any attention to my suggestions, you can go straight to the FPS games if you like. You might not need the "warm up" like I did. Regardless of how you do it, I recommend you to play the games I've mentioned, they are all pretty darn good.
Furthermore, if you have a friend or partner to join up with, there a some great co-op games out there. And also, there are many more genres to discover, such as sports games, racing games, roleplaying games, interactive games (singing, dancing, music), strategy games etc. And if you are really brave, you can go online and get you butt whopped by 13-year olds.
What lies in my gaming future? In December I will be back at Fry's, buying Uncharted 3, which I expect to be the game of the year. Eventually, I also want to beat my husband in any racing game, at least once. I might try some roleplaying games and hopefully I will fine-tune my already acquired skills. I loved playing Black-Ops (COD) on Hard. Next time I get my hands on a good FPS, I might even go Veteran.
Posted by Jennifer at 10:50 PM 0 comments